Whether you are starting a new business, creating something new for the world, or just looking for that next thing, you need a space that inspires you. It may be a room with a lot of light, space, and a view, a walk in the woods, or a quiet, cozy corner. We hope you achieve relaxation and inspiration in this Inspiration Suite.

The poem below was engraved on the wall of Mother Teresa’s home for children in Calcutta. Kent M. Keith wrote the original, slightly different version of this poem in 1968:

People are often unreasonable, illogical, and self-centered;
Forgive them anyway.

If you are kind, people may accuse you of selfish, ulterior motives;
Be kind anyway.

If you are successful, you will win some false friends and some true enemies;
Succeed anyway.

What you spend years building, someone could destroy overnight;
Build anyway.

If you find serenity and happiness, they may be jealous;
Be happy anyway.

The good you do today, people will often forget tomorrow;
Do good anyway.

Virginia Myers (1927-2015) invented and patented the Iowa Foil Printer, a device and technique for making foil images used today by artists worldwide. She dedicated much of her career as an artist and teacher to the reflective aesthetic of foil imaging as a new art form. Virginia came to Iowa City in 1955, unannounced, to study printmaking with master printmaker, Mauricio Lasansky, at the University of Iowa. Her work and tenacity impressed Lasansky and she became his assistant. In 1961, she received a Fulbright Fellowship in Paris where she studied at Stanley William Hayter’s famed Atelier 17. She had the opportunity to stay on there, but Lasansky called her back to Iowa City to join the faculty as one of the pioneering women on the teaching staff. She remained as a professor in printmaking in the School of Art and Art History at the University of Iowa for 50 years, until her retirement in 2012.

Myers was a forerunner in the field of innovative intaglio, her medium of choice. She adapted the commercial process of foil stamping to the fine art studio. This art form required not only the development of a new technique but also the invention of a new device for the heated application of colored foils to paper surfaces. She named this device the Iowa Foil Printer and she coined the term for the process “foil imaging.” She dedicated the last decades of her life to advocating for the unique reflective aesthetic of foil imaging as a new art form.

In addition to her art, innovation, and teaching, she was an archivist. She devoted much of her time to organizing the Iowa Print Group Archive initiated in 1945 by her mentor, Lasansky. This teaching collection contains prints made by School of Art & Art History printmaking students and visiting artists over more than 70 years. It is a unique and invaluable resource for printmaking students and teachers now and in the future.

Three books resulted from her work: (1) Foil Imaging: A New Art Form, published in 2001, introduced the process to the art world; (2) Foil Imaging: The Original Editioned Prints (2006) made available foil images produced by artists who learned foil imaging from Myers using the Iowa Foil Printer; and (3) Just days before her death, she sent to the publisher the completed manuscript, Changing Light: A New Visual Language (2016), a collection of retrospectives from artists who use the foil imaging process.

One of the parts of growing up and maturing is to find out who you are and what are the things that you could do that will help you to give back the best that you have. Because what you have, nobody else has—not now, or ever will have—and if you don’t give it back now, it’ll be lost. – Virginia Myers

The light of foil imaging held a special fascination for Myers. We hope that the abundance of light in this Myers Room inspires and rejuvenates you to give back the best that you have.

George Washington Carver (1864 – 1943) invented new products and uses for common foods and plants. His innovations improved rural agriculture economies benefiting farmers, the land, and the consumer. Carver completed his BA and MA in Iowa. He started at Simpson College as an art student then transferred to Iowa State College of Agriculture and Mechanic Arts, known today as Iowa State University for his bachelor’s and master’s degrees. His art teacher at Simpson recognized his horticultural talents through his drawings of plants and encouraged him to pursue science. Upon completion of his master’s degree, Carver was appointed to the faculty because of his proficiency in plant breeding. He was the first African American student and faculty member at Iowa State University.

Over the next two years, as assistant botanist for the College Experiment Station at Iowa State University, Carver quickly developed scientific skills in plant pathology and mycology, the branch of botany that deals with fungi. He published several articles on his work and gained national respect. In 1896, Booker T. Washington invited him to join the faculty of Alabama's Tuskegee Institute. At Tuskegee, he gained an international reputation in research, teaching and outreach.

Carver’s research changed how we look at crop applications. His work resulted in the creation of hundreds of products, such as paints, breakfast foods, cosmetics, and medicine from peanuts, sweet potatoes, soybeans, clay, and dozens of other plants. These products contributed to rural economic improvement by offering alternative crops to cotton that were beneficial for the farmers and for the land.

Carver taught his students that nature is the greatest teacher and that by understanding the forces in nature, one can understand the dynamics of agriculture. He instilled in them the attitude of gentleness. He thought that education should be “made common” —used for betterment of the people in the community. In addition to his innovations in agriculture, Carver created “movable schools,” bringing practical agricultural knowledge to farmers, promoting health, nutrition and self-sufficiency.

Carver never sought fame or fortune. Instead, he saw it as our responsibility to be kind to each other and the earth:

How far you go in life depends on your being tender with the young, compassionate with the aged, sympathetic with the striving, and tolerant of the weak and strong. Because someday in your life you will have been all of these. – George Washington Carver

The Carver room is a celebration of ingenuity, kindness, and generosity. May you experience all three during your stay in Decorah. 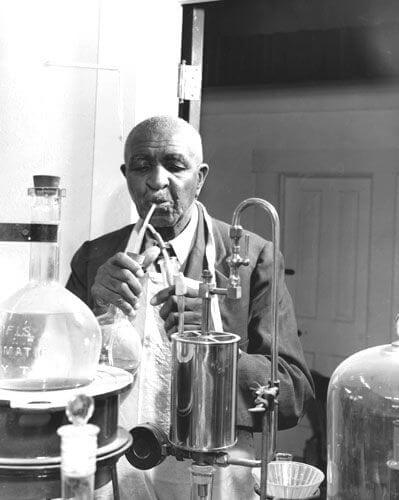 Laura Ingalls Wilder (1867-1957) and Rose Wilder Lane (1886-1968) created the Little House on the Prairie book series for children. These classic books have sold over 60 million copies in more than 100 countries since their first publication in 1935. The books continue to sell to this day.

The books are based on Laura’s life growing up in a frequently-moving, pioneering family in the late 1800s. Laura Ingall’s story begins in 1871 in a little log cabin on the edge of the Big Woods of Wisconsin. Four-year-old Laura lives in the little house with her Pa, her Ma, her sisters Mary and Carrie, and their trusty dog, Jack. There are nine books in the series primarily covering Laura’s growing up: Little House in the Big Woods; Farmer Boy; Little House on the Prairie; On the Banks of Plum Creek; By the Shores of Silver Lake; The Long Winter; Little Town on the Prairie; These Happy Golden Years; The First Four Years

The series leaves out more challenging events, including much of the family’s time in Burr Oaks, Iowa. For that story, you can visit the Laura Ingalls Wilder Park and Museum in Burr Oaks, about 13 miles from Decorah, and read Pioneer Girl, an adult novel, by Laura Ingalls Wilder. Laura is the author on record for the Little House on the Prairie books and the mother of Rose Wilder.

Rose Wilder Lane was an adventuresome spirit and accomplished author. She traveled the world. Her learning and experiences found a place in her writing. Some of her most noted publications (Let the Hurricane Roar (renamed Young Pioneers), Free Land and Old Home Town) were based on experiences closer to home— hers and her mother’s pioneer life. She was also the first biographer of Herbert Hoover, publishing The Making of Herbert Hoover in 1920. Since Rose was a friend and defender of Hoover’s, many of her personal papers are included in the Rose Wilder Lane Collection at the Herbert Hoover Library in West Branch, Iowa.

Given her knowledge of writing and publishing, she was the obvious choice to be the editor of her mother’s books. We know she took her editing role seriously based on her correspondence with her mother about the manuscripts. Literary historians believe that Rose’s editing skills brought the dramatic pacing, literary structure, and characterization critically needed to make the stories publishable in book form. Rose could have been listed as an author but chose not to be.

If enough people think of a thing and work hard enough at it, I guess it’s pretty nearly bound to happen, wind and weather permitting. – Laura Ingalls Wilder

…we think we’re entirely responsible for the way people treat us. I have long since learned that we are responsible only for the way we treat people.  – Rose Wilder Lane

The Wilder room celebrates nature, the pioneering spirit, and family connections. May you find all three during your stay in Decorah. 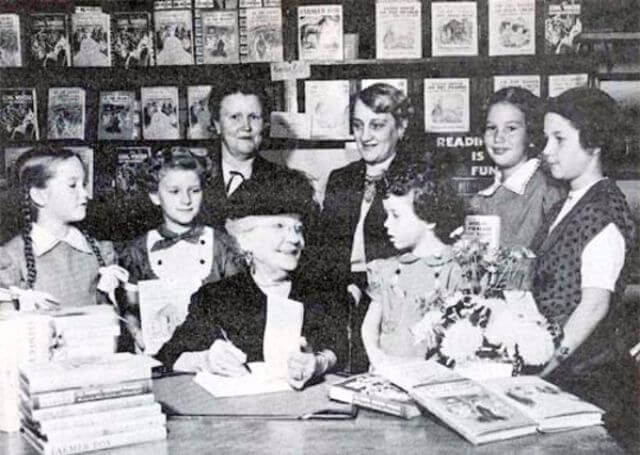 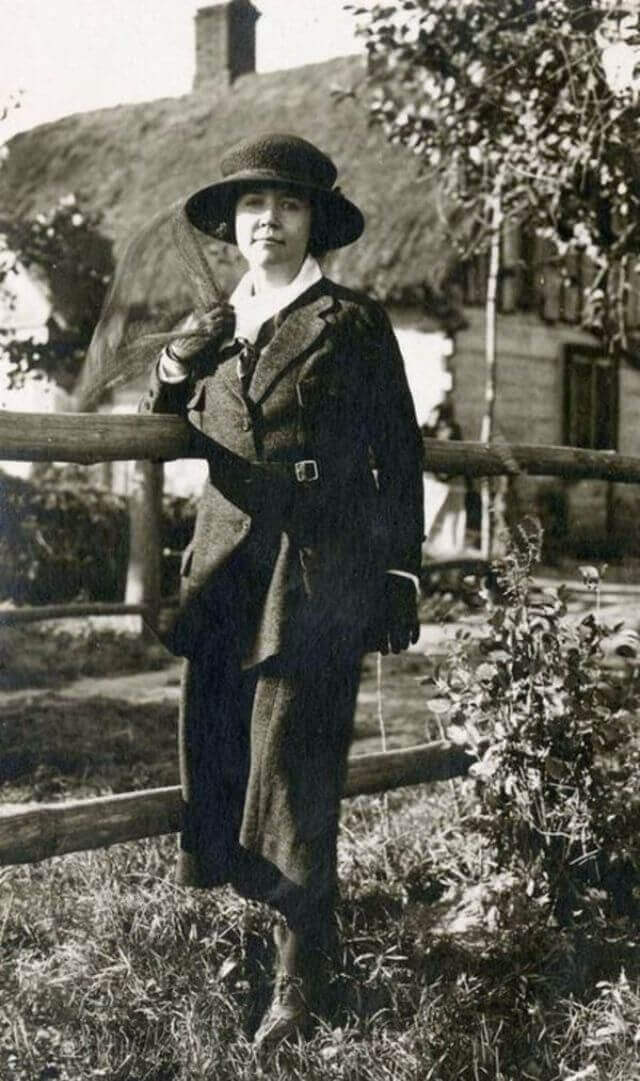 The work of Robert (Bob) Noyce (1927 – 1990), co-inventor of the microchip and co-founder of Intel, provided fuel for the personal computer revolution and gave Silicon Valley its name.

Bob Noyce grew up in Grinnell, Iowa. Bob was known as a smart, fun-loving innovator and prankster in town and later as a student at Grinnell College. As a boy, he built many things: airplanes, ships, and even a glider that he and his brother launched themselves in from a barn roof. When that didn’t work to get them airborne for more than a few seconds, they convinced a neighbor to tie the glider to his car and pull them down a main street in Grinnell. Bob was airborne for about 12 feet. Bob had fun in school too. He enjoyed physics, mathematics, music, swimming, and acting. He graduated from Grinnell College in 1949 and received his PhD in Physics at the Massachusetts Institute of Technology in 1953.

While Bob was at Fairchild Semiconductor Corporation in Mountain View, California, and Jack Kirby from Great Bend, Kansas, was at Texas Instruments in Dallas, Texas, independently, they both invented the microchip. Microchips, also known as integrated circuits, make computing power possible in many forms and many places. We use microchips many times, many ways everyday. If you like changing the channel on the TV, microwaving food, playing with electronic toys, using your cell phone or computer, you are using a microchip. After a ten year legal battle, both Bob and Jack received their own patents and made money from their invention of the microchip.

After his death, the Noyce family established The Noyce Foundation in 1990 to honor the memory and legacy of Dr. Robert Noyce. The mission of the Noyce Foundation was to help young people become curious, thoughtful, and engaged learners. The Foundation focused on improving the teaching of math and science, developing leadership to improve student achievement, and creating informal learning opportunities for students to experience hands-on science, technology, engineering, and mathematics.

Optimism is an essential ingredient of innovation. How else can the individual welcome change over security, adventure over staying in safe places? – Robert Noyce

Don't be encumbered by history. Go off and do something wonderful. – Robert Noyce

May you find the rest and relaxation you need in the Noyce Room to go do something wonderful. 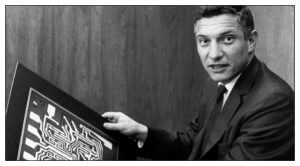